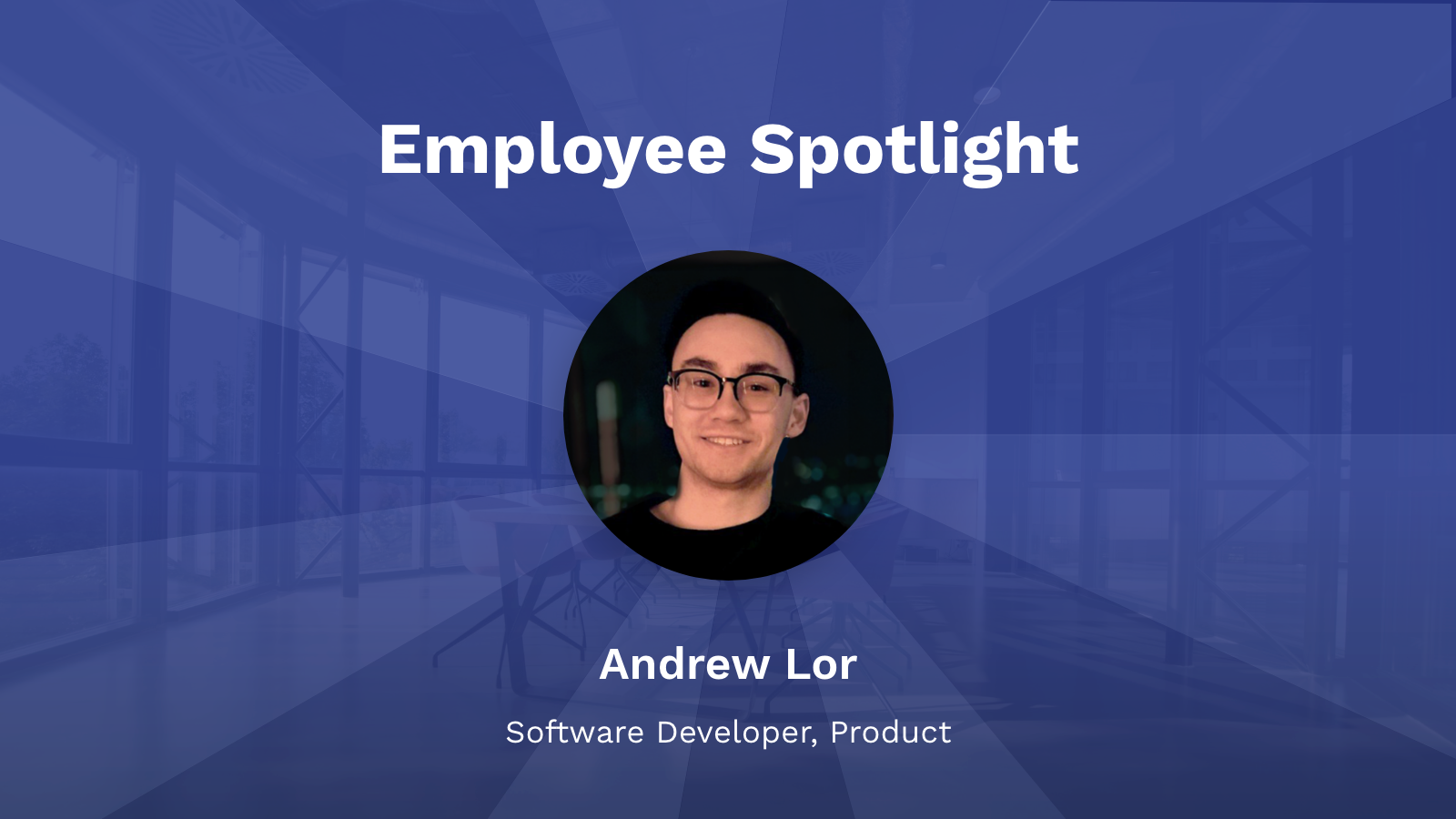 For this month’s Employee Spotlight, we’re featuring Andrew Lor, a Software Developer on the Innovation team under FISPAN’s largest department: Product. Andrew first joined FISPAN as a Co-Op student in 2019 and brings with him a wide range of work experience at tech companies like Lending Loop, Shareworks, and DNAstack. Now, he’s back at FISPAN full-time after recently graduating from the University of Waterloo with a bachelor’s degree in Computer Science. Welcome back, Andrew!

Let’s get to know a bit more about Andrew, his return to FISPAN, and what his transition has looked like from a student to full-time employee.

What attracted you to FISPAN as a Co-Op placement and what helped you decide to come back after graduation?

I initially heard a lot of good things about FISPAN through a personal connection, and they spoke very highly of the company as a whole. I started looking more into FISPAN and knew that I would be working with a high-performance team. I could tell that the company was made up of very ambitious people who were dealing with very ambitious goals, and that was something I knew I wanted to be a part of. I saw a lot of opportunity for growth and wanted to gain experience working in such a dynamic environment. During the period between my Co-Op term and graduation, FISPAN experienced some major growth, and after having a direct hand in it all once before, I felt like this was another great opportunity to grow and grow with the company.

Looking back at my previous internships and Co-Ops, FISPAN was a key contributor to my growth and learning. Working with the FISPAN team was different than anything I had ever experienced before, and they played a large part in boosting my technical skills and work ethic.

What is your favourite part of working at FISPAN?

So far, my favourite part has been the ownership and responsibility aspect. I’m able to take accountability for the projects I’m working on, which also comes from the independence I’m given. In turn, I get to take on more responsibility, make my own decisions, and ultimately learn from the outcomes of those decisions; good or bad and positive or negative. Rather than going off explicit instructions, I can learn from my actions, and I think that’s important. I’m able to get a little taste of what it would be like to manage my own project. It's like I'm managing myself. 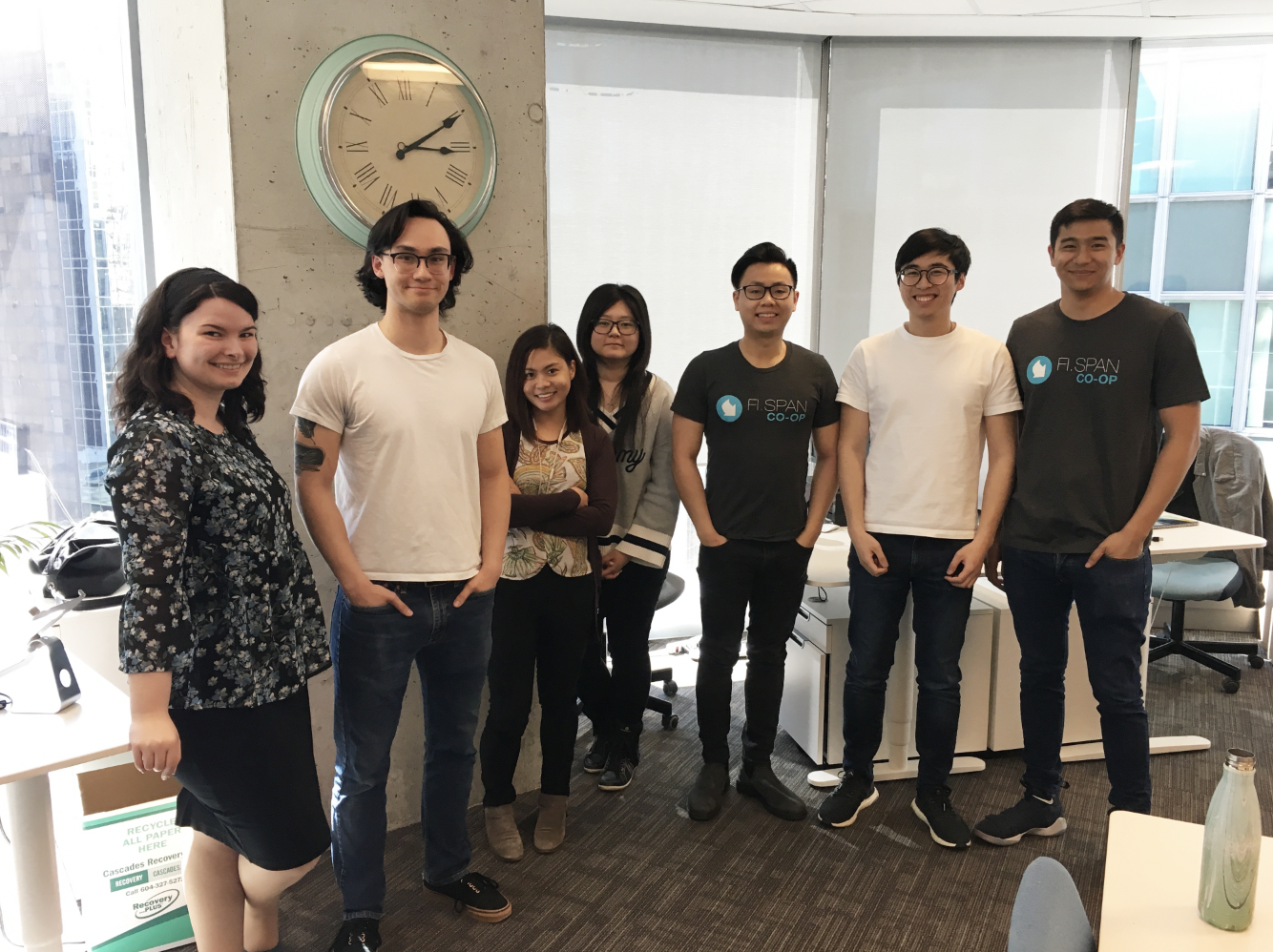 Andrew and the Winter 2019 cohort of Co-Op students.

What piece of advice would you give to anyone applying to FISPAN?

It's important to understand our business model at a high level. By understanding the problems we’re trying to solve, you get a better sense as to why FISPAN is important and why what we do is important. In my opinion, people shouldn't be working for companies they don't believe in. It’s so much more exciting to work toward something that you think is important, believe in the work that you’re doing, and can see how the company’s vision is positively impacting the world. At FISPAN, I can really see how my work is specifically contributing to that vision.

How has the move from a Co-Op student to a full time employee been so far? What’s different about the two positions?

The transition has been good so far and I find that there isn’t much of a difference between the two roles, if I'm being honest. But, this is because as a student, I already felt like I was treated as a full-time employee — the tasks, support, responsibilities, and opportunities for success.

The only difference this time around is that I'm already familiar with the business, the general data model, and how the technology works. Onboarding and getting up to speed was a lot faster and I think that helps me circle back to the question: why did I come back to FISPAN? A major bonus for me in returning is that I already know how the company works, so I’m able to get started a bit quicker and pick up right where I left off. Coming full circle is always nice too.

What continues to excite you about FISPAN?

I think FinTech and the payments industry is important for society in general, and that any company that’s innovating in this sector plays a key role in making life better for businesses and consumers. These innovators are the ones who will see significant growth, and I’ve obviously seen from the past how much FISPAN has grown itself on the FinTech side of things.

I envision that FISPAN will continue to accelerate in growth over the next few years and I want to be here for that. I don't want to come back after FISPAN has already grown so much — not that it’s a bad thing to join a company later on in its success — but I'd much rather be a part of that growth early on. I can see FISPAN being huge and that's what excites me the most. 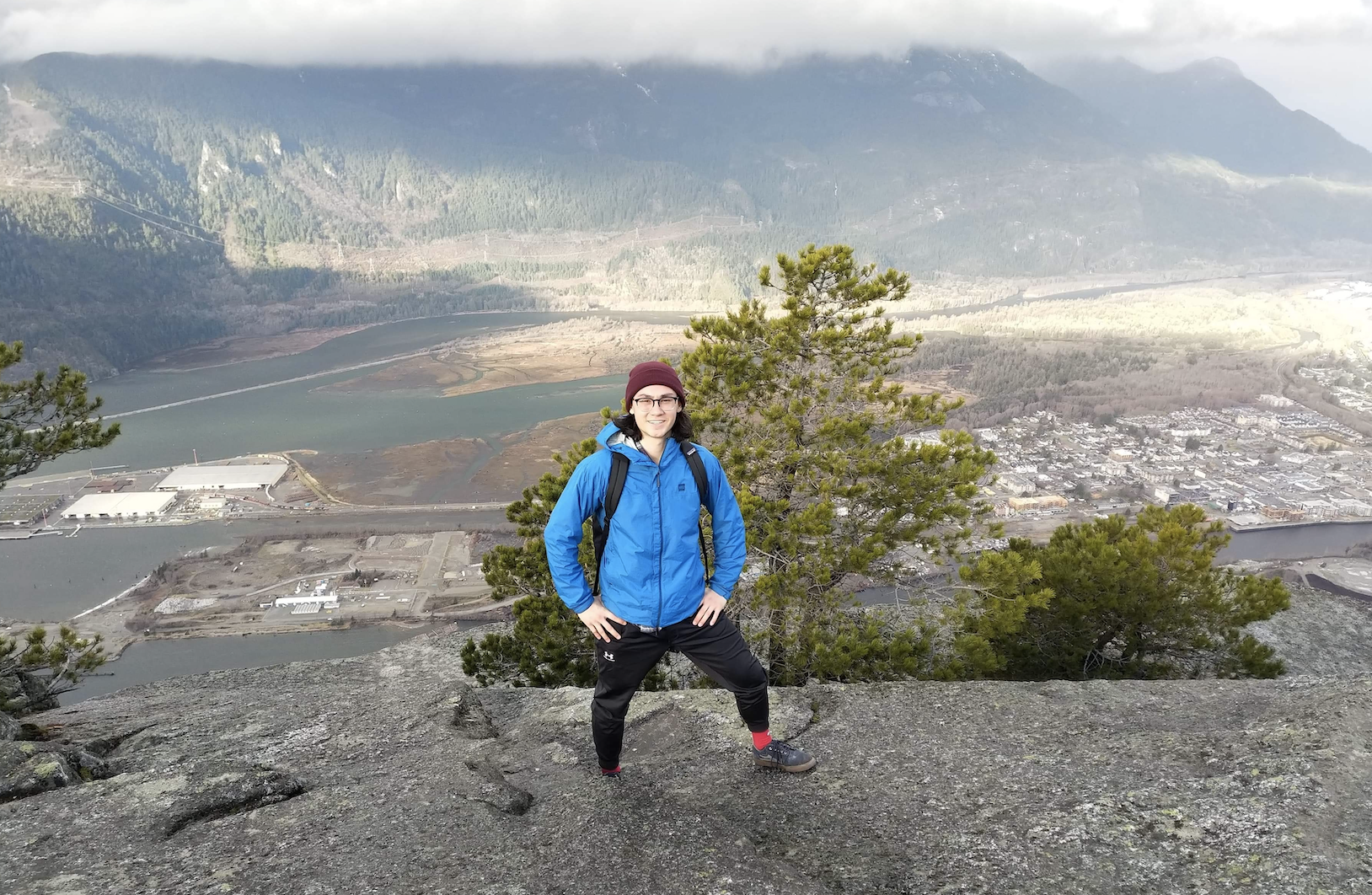 What are your future aspirations and what can FISPAN do to facilitate those?

My main aspiration is to be the best developer that I can be. On a technical level, this specifically means being the best JavaScript developer and understanding best practices. FISPAN already helps facilitate this with their state-of-the-art technology. It’s all so advanced and interesting, and something that’s really differentiated FISPAN from my other Co-Ops. As a student, I gained a lot of experience working at FISPAN but I felt like there was a lot more to learn, especially since they align with my future goals quite nicely.

Growth. Just the idea of picking a skill and getting better at it excites me. I’ve realized that there are different activities where it can be easier or harder to see your own growth, and as a software developer, it's not always easy to see yourself growing as one because it's something that happens over time. Often, in a workplace setting, you don't get a lot of feedback in terms of your skill level and it can be difficult to track that progress when you’re not always sure where you stand. I just try to keep in mind that all I'm trying to do is grow, and that's really what inspires me.

If you could interview one person, dead or alive, who would it be and why?

I would interview George St. Pierre. I'm a big MMA (mixed martial arts) fan and he has always been one of my favourite fighters. He's really cool, super humble, and I think he embodies lifelong growth and learning. Even though he’s retired, and still one of the most accomplished MMA fighters of all time, he still seems to want to learn and has a student mentality. That’s something I want to emulate and why I look up to him.

We invite you to get to know Andrew further by checking out his LinkedIn, and by exploring the many opportunities we have here at FISPAN for both Co-Ops and recent graduates.

On the March edition of our Employee Spotlight series, we’d like to introduce you to Iqbaldeep...
Read More

This month on our Employee Spotlight series, we’re featuring Justin Eng, who started as a Business...
Read More

In this month’s Employee Spotlight feature, and the last one of 2021, we’d like you to meet Anek...
Read More