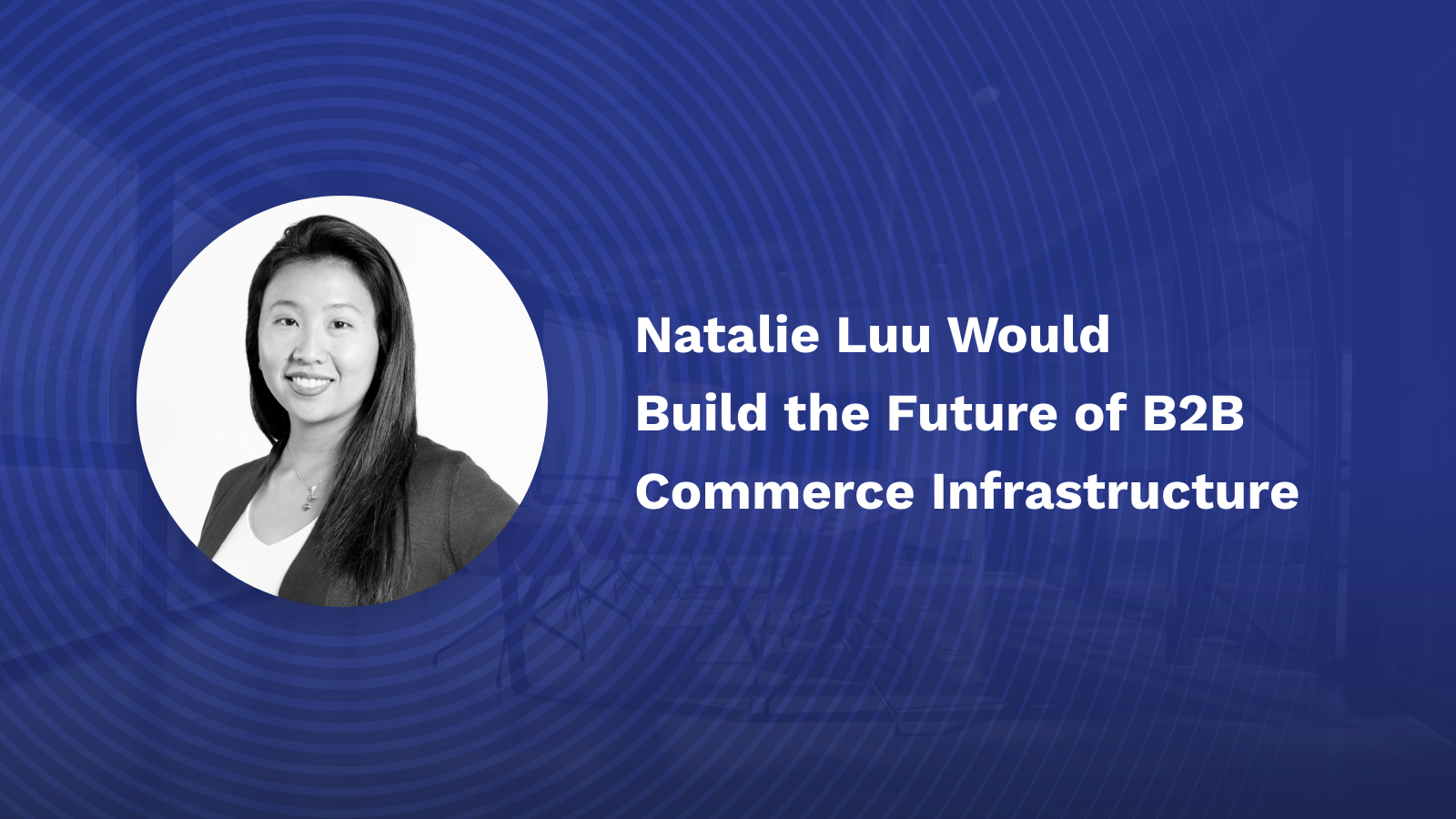 Natalie Luu is a Partner at Lightspeed Venture Partners, where she leads investments in early-stage and scaling startups, focusing on Enterprise and FinTech. Natalie began her career as an early-stage investor at Y Combinator. Before her career in Venture Capitalism, Natalie served as an investment banker, growth equity investor, and product manager, which contributed to her helping build Lightspeed’s foundation for evaluating growth-stage investments.

Natalie Luu joined FISPAN’s Clayton Weir on the If I Ran the Bank Podcast, where they discussed emerging trends and FinTech disrupting the financial industry.

“It inspires me to invest in this category because of the history that I have with my family having a small business that could benefit from tools such as these, whether it’s lending, better expense management or digital bookkeeping to save us time to actually run the business.”

In the FinTech and investing space, Luu has seen an emergence of digital banking applications disrupting what traditional banks offer. Luu used BlueVine, one of Lightspeed’s portfolio companies as an example, “BlueVine is a digital B2B lender and their mission is to offer small businesses better underwriting capabilities and do it in a completely digital way to offer loans to businesses more effectively.” BlueVine is just one example of many startups helping businesses acquire capital and run their business more efficiently.

BlueVine initially served small businesses of any kind, like Luu’s family tea business, a restaurant, or a small startup. “What’s great about BlueVine is that they’re a horizontal platform for digital lending, similar to how a traditional bank would approach it,” Luu said. BlueVine can look at every business for their financial statements and decide on issuing a loan much faster than a traditional bank due to their technology.

During the COVID-19 pandemic, most businesses had to apply for a paycheck protection program (PPP) loan, and one of the most significant issues was how long the waitlist was. Luu observed that bigger banks would give larger, public businesses loans since they had more information available and the underwriting was easier. Unfortunately, small businesses (SMBs), many of whom needed the loans the most, weren’t able to get approved for loans, “mostly because of the lagging technology of the traditional bank.”

Small businesses had to turn to a digital bank, like BlueVine, to apply for their loans, and many could get approval within weeks. “It shows the power of general underwriting, and for companies like BlueVine, Cross River Bank, and Kabbage, they’re just able to process the information so quickly,” said Luu.

“A phenomenon that we’re seeing is financial services being embedded into traditional software companies,” Luu said. TripActions was founded as an online travel agency but found an opportunity in business travel to have the ability to reconcile all your business’s expenses on a digital, easy-to-use online software platform. While TripActions was initially just an online travel agency, they have now launched an expense management card called TripActions Liquid.

Finix Payments is another Lightspeed portfolio company, and its mission is to help vertical software businesses that serve other companies give the optimal payments interface. “Finix is a modular payments API that allows any software platform that wants to integrate payments to do that in the most efficient way,” said Luu, adding, “because every business has specific needs for what kind of payment infrastructure they want to build and show to their customers.”

Finix Payments is there to support their companies and wants to allow a company that has scaled to customize their payments strategy. In 2020, Finix announced a new product called Finix Flex, catered towards smaller companies and start-ups looking for an easier way to integrate payments quickly. “The beauty of Finix Flex and their core enterprise product is that it would be easier to migrate the information from Finix Flex to becoming a Finix enterprise customer because it’s already within the Finix database and ecosystem.”

An emerging trend is that every software company is thinking about integrating payments. “There’s a huge demand to hire engineers who can wrangle with payments, and we’re excited about the software companies serving that need,” said Luu.

For thousands of years, commerce was conducted in person, whether at the market or in a shop. Once you gave your currency, you would receive your goods right there. This was commerce built on trust. You trusted you would be given your purchased goods from the vendor, and the vendor would trust they would receive the payment simultaneously. Luu observed that “as e-commerce has grown, there’s been a huge liability on digital payments.” Consumers, vendors, and financial institutions need to trust the middleman software platform and ensure safety in verifying one’s identity.

“We’re seeing a lot of new startups emerge in the space that are doing identity verification and know your customer (KYC) in a fully digital way,” Luu said. These startups are existing alongside legacy players but also replacing legacy services that have historically offered KYC services.

“One of the companies I find pretty interesting is called Persona,” said Luu. Persona is a modular platform that brings together various data sources and best practices around onboarding, including identity verification and KYC services. DoorDash is a customer of Persona who spends a lot of capital on hiring drivers and onboarding new consumers. A barrier for them is identity verification and KYC, which Persona can manage for them.

“We're seeing how these digital finance companies, whether they're actual FinTech companies or companies that have some sort of transactional layer to it, disrupting traditional financial services,” Luu said, adding, “it’s that they're not only able to do things digitally, but they're able to onboard and verify people quickly and accurately.”

“As an investor in FinTech as well as payment infrastructure, an area that I’ve been looking more into this year has been cryptocurrency,” said Luu. There are specific blockchain applications as well as cryptocurrency that are disrupting traditional financial services.

Today there are now methods to accept cryptocurrency as a payment using stablecoins and a settlement. There are also methods to offer lending at a higher yield to customers willing to adopt cryptocurrency. Luu observed, “there are various forms of institutional adoption that we’re seeing of the crypto world, and that’s an area that I think is the frontier of FinTech right now.”

“If I ran the bank, I would certainly ask them to look into the cryptocurrency space,” said Luu.

Listen to the full episode with Natalie Luu as she dives deeper into the emerging trends and discusses how other companies like Faire and SyncTera are disrupting the financial industry. You can listen on Apple Podcasts, Spotify, Google Podcasts, Amazon Music or by visiting the If I Ran the Bank website.

Breaking into Banking With Software with Kerry Agiasotis