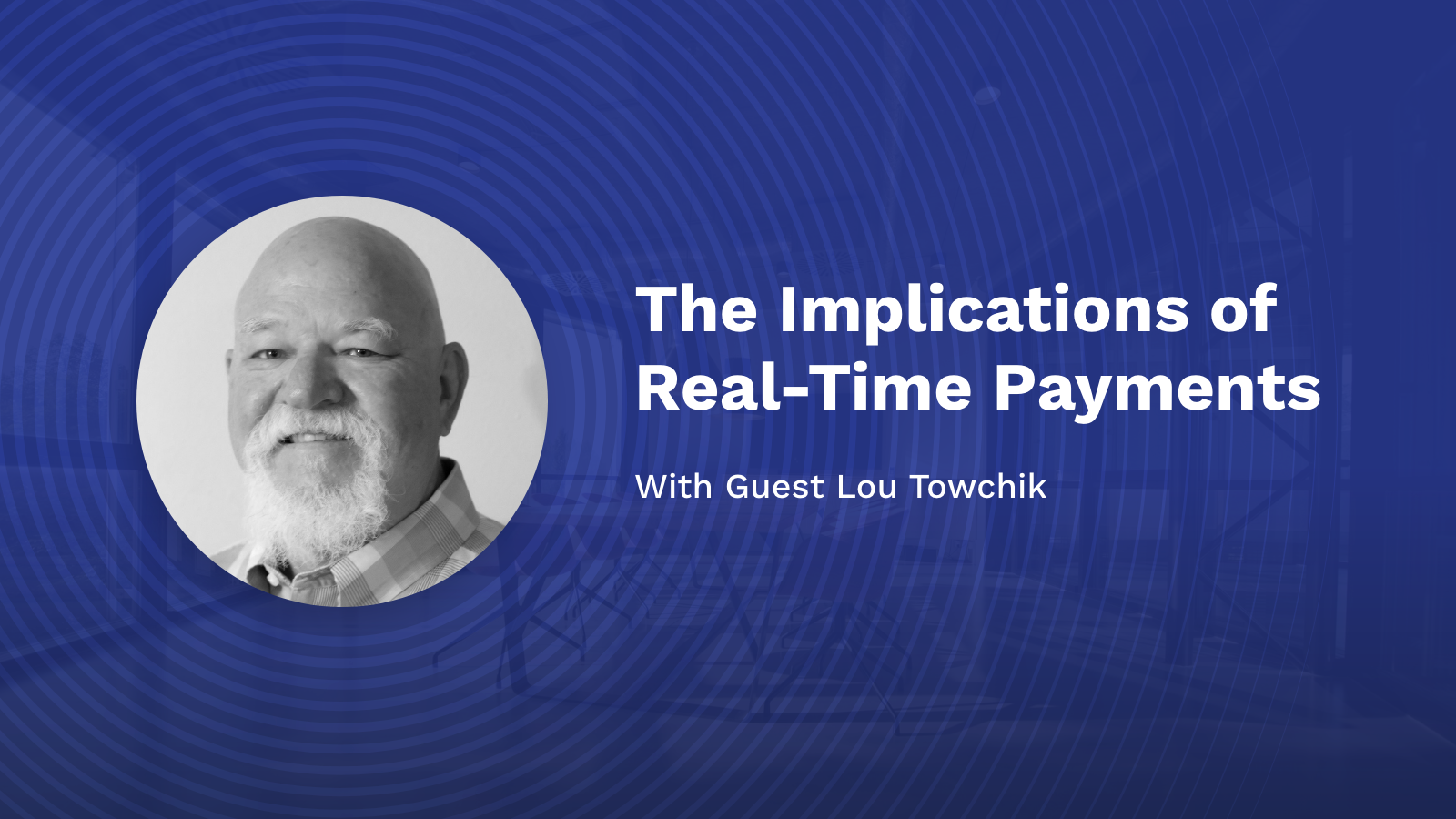 The Implications of Real-Time Payments with Lou Towchik

In this episode of If I Ran the Bank, Lou Towchik joined FISPAN’s Clayton Weir to discuss the implications and possibilities of real-time payments, ISO 20022 and moving away from paper checks.

Even with ACH and wires, businesses are still mostly operating with a model based on paper checks. Checks take time to process since they need to go through accounting departments, be mailed and shipped, and then once they are received, they aren’t actually cashed until a couple of days later. But now, consumers are used to sending and receiving money fast and digitally through platforms like Venmo, e-transfer, and Zelle. Now those same consumers go to work and recognize all the drawbacks and inefficiencies associated with the paper-based payment model that many businesses still rely on.

The increase in fraud and phishing attacks happening at the same time as the development of real-time payments have scared people into thinking that faster payments means faster fraud. “I think it is really just the opposite,” Towchik said, adding “there’s more intelligence embedded in the exchange between trading partners and there are very definite security differences in place on the RTP rail itself.” Towchik believes the opportunity to secure those transactions are actually accelerated in a faster payments world, but it’s a matter of applying the proper tools.

With the ISO 20022 payment structure, a request for payment message brings your original paper invoice online and is able to be exchanged instantly. Now, the organization that received the request for payment can decide if they want to go ahead with the payment within seconds. The payment can be sent through the RTP rails along with additional information about any adjustments that were made to the payment. The original sender can then validate this information and choose to send a request for information back, if needed. This entire process is conducted through the RTP network. With this new structure, AP systems are able to easily talk to other AR systems and ultimately allow businesses to stop using the paper check model.

Electronic Data Interchange (EDI) is an electronic exchange of business documents between partners created to replace mailing, faxing, and emailing documents. “EDI came out a decade or so after ACH was first developed,” Towchik said, adding “it was really to put ACH monetary transactions on steroids.” The issue with EDI was there were no effective standards to help different partners talk to each other. Certain industries have been able to make EDI work effectively: “I think the healthcare space was able to apply their own standards, create their own specific EDI transactions to make it work more effectively for them.”

“I think we all recognize that even only the largest healthcare organizations and some of the largest bank players and other software vendors that are playing in that space have really been able to even make that world work effectively in the healthcare space. It still doesn't work effectively for consumers and small businesses, and so forth,” said Towchik.

Banks can help pave the way for EDI if they are able to make it available to businesses. It would require banks to make investments and connections to build the interfaces that both their customers and business clients can use, but would also open the door for faster, more efficient payments, and reduce payment float.

Payment float represents the money moving from one account to another, an example being a payment made with a check but the time before the check is cashed would be considered float. “Having float is the cost of non-integration,” Weir said, “without these systems in place there will be more data loss between partners.”

Towchik indicated the pandemic has evidently pushed businesses to become more digital with their accounting processes and to move away from checks as a form of payment, thus decreasing the overall payment float. Financial institutions that embrace digitization, ISO 20022, and encourage their business clients to go digital will see a decrease in payment float.

“I think payment float is less of an issue than the information float,” said Towchik, referring to the exchange of data between organizations. Without an incentive, businesses tend to delay payments — for example, purchasing products but not paying for 60+ days. “With RTP, where systems will be able to talk to each other, it's going to be interesting to see what sort of incentives are put in place to reduce that information float.”

In the July edition of our Employee Spotlight series, we’re featuring Anastasiia Poluian, the ...
Read More