Developing an API Strategy: What Banks Need to Know 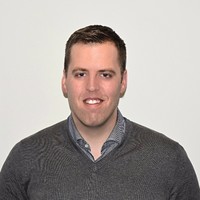 Find me on:
LinkedIn

Financial institutions must do a better job of developing APIs. Find out about the most common pitfalls and why outsourcing the work may be the right way to go.

There isn't an enterprise company on the planet that isn’t trying to become more digital. While some are further ahead than others, it won’t be long before every business is in the cloud or seamlessly rolling out new programs on a regular basis or working with third-party software companies to provide an enhanced customer experience.

However, if organizations want to embrace digital transformation, they also need to get better at adopting and implementing application program interfaces (APIs), which McKinsey and Company call “the connective tissue linking ecosystems of technologies and organizations". It adds that “APIs allow businesses to monetize data, forge profitable partnerships, and open new pathways for innovation and growth.”

Essentially, an API is a tool that allows programs to talk to one another. Software developers use them to create new programs or user experiences, and with more programs being developed all the time, there are a greater number of opportunities for companies to have their tools communicate with others.

However, while many companies do say APIs are important – a 2019 study from Cloud Elements found that 55% of businesses think that API integration is “critical” to their business strategy – many operations, and especially those in the financial industry, still have a lot more work to do in this area.

A 2018 McKinsey report found that 91% of the APIs that financial institutions develop are for internal use, while just 7% are considered partner APIs – APIs that communicate with an outside company, such as a fintech – and 2% are APIs that any developer anywhere could work with. The truly innovative companies are the ones that make more use of partner and public APIs.

Many banking executives believe that they’re making progress digitally, but, in reality, many of the APIs their developers are creating are run-of-the-mill. For instance, most banks display the day’s posted mortgage rate, or where their ATMs are located, or the best rewards cards a customer can choose. While the data that populates these pages is pulled in via an API, no one would ever consider these game-changing applications.

Yet, there are many ways that APIs can create a better user experience; this is especially true when it comes to business banking clients. Take international wire transfers, which is a process that is far more complicated than many business owners appreciate. Say you’re sending money to India from Canada. Those funds don’t always go straight from person A to person B. The money might have to go to another bank, get converted into another currency and then head to its final destination, where the dollars are converted again. Also, because currency values change every second, your conversation rate may need to be updated once the transfer goes through. Transfers can get lost in the ether, too.

If a program makes use of APIs, it can track this entire process seamlessly and efficiently. For instance, we’ve developed a program for NetSuite that allows users to see where a transfer is in its journey and if there’s a problem that needs to be fixed along the way for a single payment (rather than throw an error for an entire batch file, requiring the user to start from square one). If a vendor isn’t set up properly to receive a transfer, NetSuite will notify the user thanks to the many APIs operating in the background. If the transfer failed somewhere along the way, the app will report that back, too. If the bank in India added a $20 fee to its transaction, the system will also share that information.

Banks can do better

While some banks understand the value of APIs, many others are implementing them because they think they have to. They view the creation of the API as the objective in itself, rather than taking into account the user, which is often another developer or, ultimately, a client. They don't think about that person’s intentions or goals, or what they might want to do with the API. Banks should also make their APIs easier for outside developers to work with so that they can more easily integrate bank offerings or information into the programs they’re developing. That means adding in resources or clickable demos.

At the same time, many financial institutions, as evidenced by the McKinsey study, are building APIs for themselves – to help them do something more efficiently on their end – rather than for the client, who wants a more enhanced banking experience. As well, many also make the mistake of creating an API for something that already works without one.

One of the problems is that banks aren’t set up to create APIs in an efficient way. They’re working with legacy systems, and, in many cases, legacy thinking from executives. Yet, for them to move into a more digital age, creating more APIs is a must. Banks don’t have to do it themselves, though. There are fintechs, like FISPAN, who can develop APIs that speak to the programs their customers are using, and they can create them quickly.

Ultimately, any product or service that a bank offers should come with a publicly consumable API. The ones that do this right will be better able to improve their operations, including through automation and robotics, and they’ll create better user experiences. One place banks can start is by writing down a list of whatever makes the most money and then work down that list to see how APIs can create a better experience in those spots.

In any case, it’s time for banks to take APIs more seriously, because the ones that do will be the ones who will thrive in the future.

Interested in learning about how FISPAN can work with your unique requirements? Download our Cloud Banking Whitepaper, or book a personalized demo.