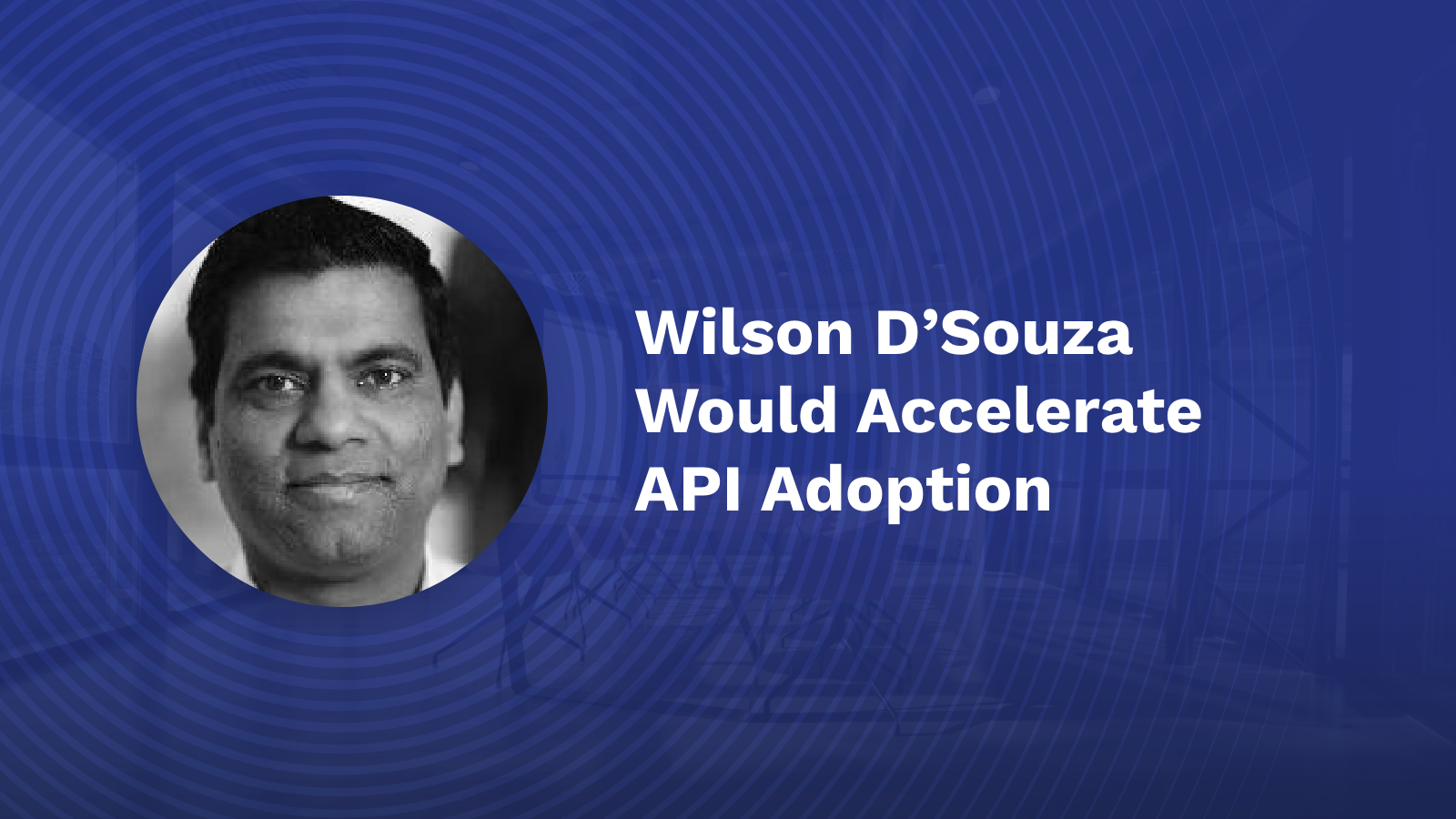 Wilson D’Souza has over 20 years of experience in network architecture, software development, and product development in a variety of industries including finance, academia, and consumer products. He is currently the Chief Technology Officer at Akoya, a startup whose mission is to transform the way consumers share their data by providing them with increased security, privacy, and control over their information.

Wilson D’Souza joined FISPAN’s Clayton Weir on the If I Ran the Bank podcast, where they discussed the role Akoya plays in the financial industry, the importance of consumer-permissioned data, and the need for API adoption.

The Need for API Adoption

A few years ago, Fidelity Investments began to see a significant increase in web traffic. Much of that newfound traffic came from screen-scraping, which happens every day or on a periodic cycle. The issue presented to Fidelity was the risk to consumers through login sharing. If a consumer uses the same login credentials for a company that has suffered an external breach, their other accounts using the same passwords and credentials are at risk.

Stuart Rubinstein, CEO of Akoya and Anil Mahalaha, Head of Development and Implementations at Akoya, worked with the financial data exchange (FDX) to push standardizing APIs and address the industry gap. “If there were data APIs 20 years ago, there would be no screen scraping,” said D’Souza, adding, “screen scraping was a solution to that gap in the industry.”

Fidelity put together a team to build an API and that’s when D’Souza realized, “If a thousand financial institutions all build APIs and onboard thousands of data recipients, aggregators, Fintechs and other banks, then that’s two million conversations, legal contracts, and assessments.”

“That’s unsustainable,” said D’Souza, “That’s when we pivoted and created the concept of Akoya, a two-sided marketplace data network. We took those two million conversations and turned them into two thousand conversations.”

The Akoya Data Access Network helps data aggregators, FinTechs, and financial institutions securely exchange consumer-permissioned financial data. “If a consumer wants to give access to their data and financial institutions to a third party, they should be able to give explicit enough consent and instructions, and also specify what data,” said D’Souza. Akoya believes consumers should be able to monitor, review, and revoke access to their data.

“We think the relationship of the consumer is with the app that they’re using and with the financial institutions,” said D’Souza, adding, “we have no business being in the middle of that.”

D’Souza explained that Akoya does not have anything for consumers directly because they do not store their data. “We don’t know who the customer is, and I don’t think a consumer gave Akoya the permission to store the data,” D’Souza said. “I believe our value is in building this open finance network that enables innovation on both sides because we think people that are supplying data will also come and receive data from other institutions.”

It’s easy for app developers to build an app without permissioned data controls or risk management. On the other hand, financial institutions have a significant role in treating and overseeing their customer’s data. “In the past, there were situations where it wasn’t clear whose data it was,” said D’Souza, adding, “I don’t think that’s the case anymore. I think everyone recognizes this is the customer’s data.”

“Our mission in life has been to build this utility-like network that should benefit all parties: the consumers, the financial institutions, and the FinTechs and data aggregators. We want to be the engine that removes friction around data access and de-risks the financial system.”

“I don’t know if the world will become the best place as a result of Akoya, but I do think it will play a part in making it more secure, more safe, and actually allow more innovation in the marketplace.”

If Wilson D’Souza Ran the Bank

If Wilson D’Souza ran a bank, he would “accelerate API options using open finance standards.” D’Souza believes that with more API adoption, the higher the quality of service and capabilities. The more APIs are adopted and used, the more organizations can build and scale faster. “As long as you remove the legacy capabilities you had, which inhibit your ability to execute some new capabilities,” D’Souza added.

“In talking to financial institutions, as well as a lot of recipients, FinTechs, and aggregators, I think there’s a race to accelerate API adoption across the United States, but it has to be done in a responsible way,” D’Souza said, “It has to be done with the consent of the consumers.”

If D’Souza were running the bank, he would “get API adoption done, use open source finance standards, and put the consumer in charge.”

Listen to the full episode with Wilson D'Souza on Apple Podcasts, Spotify, Google Podcasts, Amazon Music or by visiting the If I Ran the Bank website.

Tags: Future of Banking, APIs, Podcast
Back to Blog

The Implications of Real-Time Payments with Lou Towchik

Lou Towchik retired in April 2020 after serving for 38 years in various management roles at...
Read More

Natalie Luu is a Partner at Lightspeed Venture Partners, where she leads investments in early-stage...
Read More