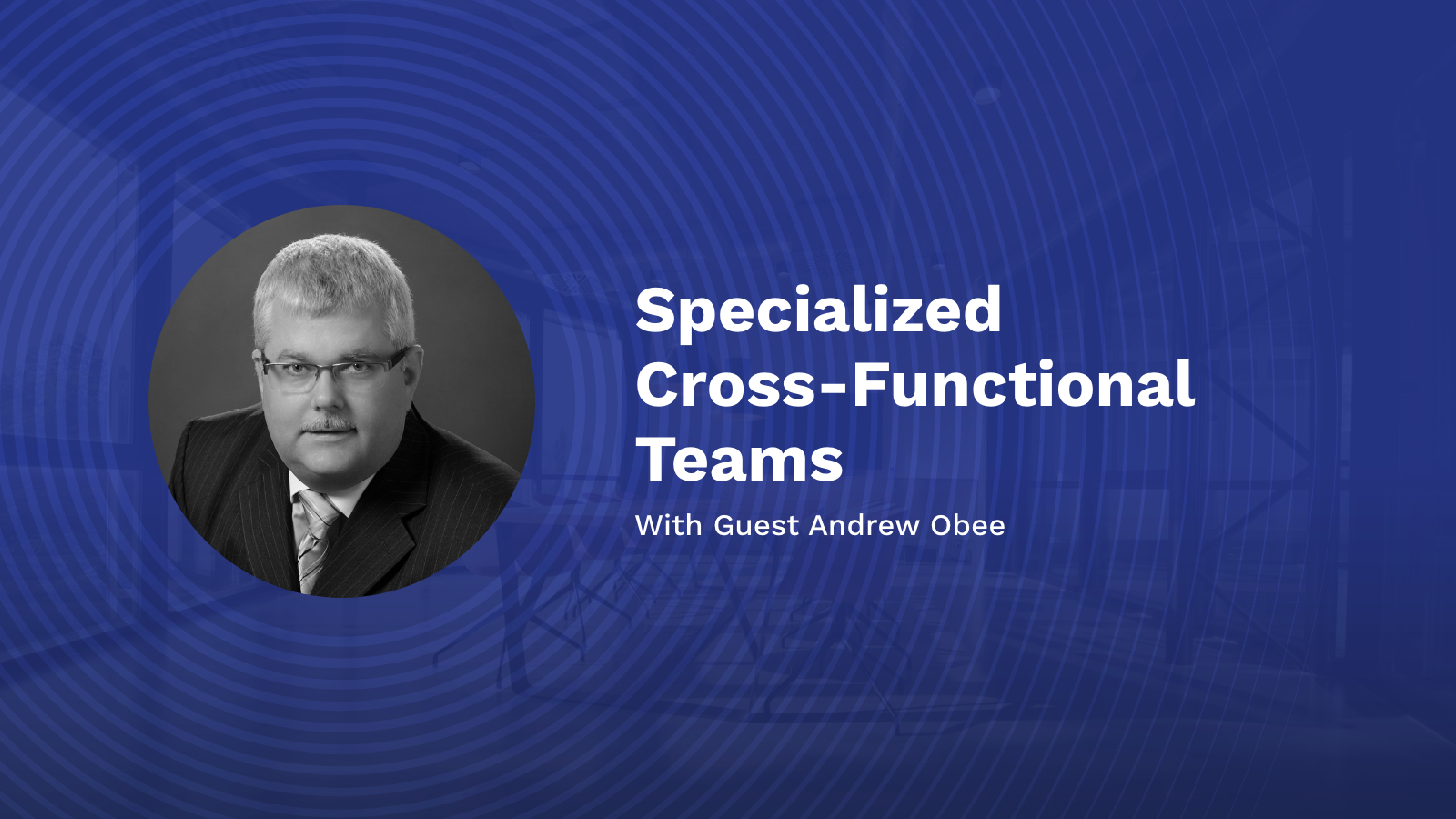 In this episode, Clayton sits down with Andrew Obee, President and Chief Executive Officer of Ficanex, to discuss his ideas around innovation at the bank. Andrew discusses how FI's need to embrace open banking to make it easier for customers to make their own choices while maintaining their focus on trust. He talks about lessons learned throughout his career, starting from flipping burgers to being a top executive — and why it's never a good idea to fake a sick day!

Don’t miss this episode with Andrew Obee, listen below.

The Exchange Network came to Canada when banks were struggling with the latest technological innovation in the market — this was the ATM in the early eighties. Before that, people had to get enough money on Friday for the weekend. That amount of disruption and the change in the network back then is really echoing today. The same sort of thing is happening, where there are new technologies that are changing the way consumers are accessing their financial resources and interacting with their institutions.

Channels very rarely disappear altogether in financial services — ATMs aren’t dead, although the frequency of use is declining. And although cash is still a significant part of the economy, the rate of use is declining at about 5-6% per year, but it’s nowhere near irrelevant.

The Exchange Network got started with your classical strategic planning exercise, when I was first brought in with the board of directors at Ficanex, I had the mandate to assess the organization and look at what would be next. They knew that they didn’t want to sit idly by and just watch it die, so they tasked me with building a team to figure out what was possible and what could be done. The first place to look was to the most important asset of the company, we distilled it down to the two most important things that I’ve already alluded to, the first was, we had a set of payment rails. There aren’t many organizations in the country that had the infrastructure to support financial institutions, but we had one of those, so that had to be on the list. Secondly, the collaborative pre-disposition of all of the members of the Exchange Network, they all had this different view to leverage collaboration, share the risk, and sweep the market. We did what all ex-techie guys do, we thought about the existing rails, based on ISO 8583 (an early predecessor to ISO 20022), if we could expose the capabilities of the existing network as a more open mechanism (APIs), that we could use a point of integration, there could be an opportunity for us to help.

How has it played out?

It’s very tech-start-up-y, some huge wins and success, and a lot of support from the financial institutions. In early 2016, we were going around to the different institutions and shopping this idea out to them. We raised a few million very quickly, then we built the MVP version of the platform and got it out to the market. We’ve hit a couple of bumps in the road, but we’ve also had some runaway success. Tunnel Chat is an AI-based chatbot support solution that has found a foothold in this increasingly digital market. It’s had lots of interest, and we now have a great little pipeline there.

If you ran the bank, what would you be all in on?

I want to start by putting a Tier 2 lens on this. My idea is not a product or service. I wanted to talk more about the approach and reflect on a few ideas that I’ve seen work throughout my career. I’d love to say I invented the idea, but of course I didn’t — it’s something that is commonly called the “Tiger Team” concept. It’s been used by the military for years, but also in business and I feel like it’s something that’s maybe lost it’s awareness and been replaced by other things like Agile and other project management methodologies.

The idea is to create this specialized, cross-functional team that you then charge with solving a fairly significant problem or getting something to the point where it’s ready to go to market. Then, you do what you need to to make sure they are appropriately resourced. By nature, financial institutions are risk-averse and slow-changing organisms. And thank goodness that they are, because that is where some of the soundness and stability in financial services in this country comes from. Why else would we be willing to trust them with our money? It’s all about trust for banks. These organisms have immune systems, the job of that immune system to protect itself from things coming in, they are there to make sure the organization doesn’t change too rapidly. They really act as barriers to change. If you think about the opportunity here, it’s based around the concept that the idea you’re working on can get to the point where it’s sufficiently understood and get it to the point where there is strong buy in.

What would need to happen to enable this?

There are two pieces here, how do you form this and get it up and running? You need influence, senior level sponsorship, and buy-in to the approach. You need to be purposeful about the way you craft the launch of this. You have to start with the expectation that sooner or later the idea has to come to fruition in the bank (it will have to pass the business test). That has to be part of both the mandate of the group, and then you have to resource it accordingly.

I’ve noticed that many others have not been focused on the real goal of commercialization from the beginning. Some of this is nothing more than the evolution of FinTech ideas in this space. I like the term “Innovation Theatre” to describe this, meaning, people aren’t actually innovating, they’re just talking about it.

There is a predisposition to collaboration that exists for Tier 2 institutions creates a unique value, they can actually combine cross functional teams across cross functional organizations, and get the hard work and decisions done. This can be made better by these working groups that cross the traditional barriers of organizational structure.

As an outsider, it seems like it’s harder to be a smaller institution innovating and digitizing than it is to be a Tier 2 institution.

It depends what it is, sometimes scale is all that matters, but I’ve seen successful business models at all sizes. I think that there is a point of inflection at the Billion dollar mark, another one at 5 Billion, and then once you get above 50 Billion, you’re playing on a whole different field. This is where you see growth, diversification, M&A activity etc. I don’t think that size is a limiting factor.

Legacy infrastructure can be a drag on that, if you could put in a core banking platform, then you could go shopping around the world to find the best products and services to bring to your customers.

I think financial institutions should continue to be focused on being the most trustworthy, stable, consistent, with excellent customer service, and be so connected with their customers that they understand how they need and want to interact.

Listen to the full episode on Apple Podcasts, Spotify, Google Podcasts, Amazon Podcasts or by visiting the If I Ran the Bank website.

The Big Opportunity in Embedded Finance with Mike Sigal

The Road to a Better Payments Experience with Sandra Horvath