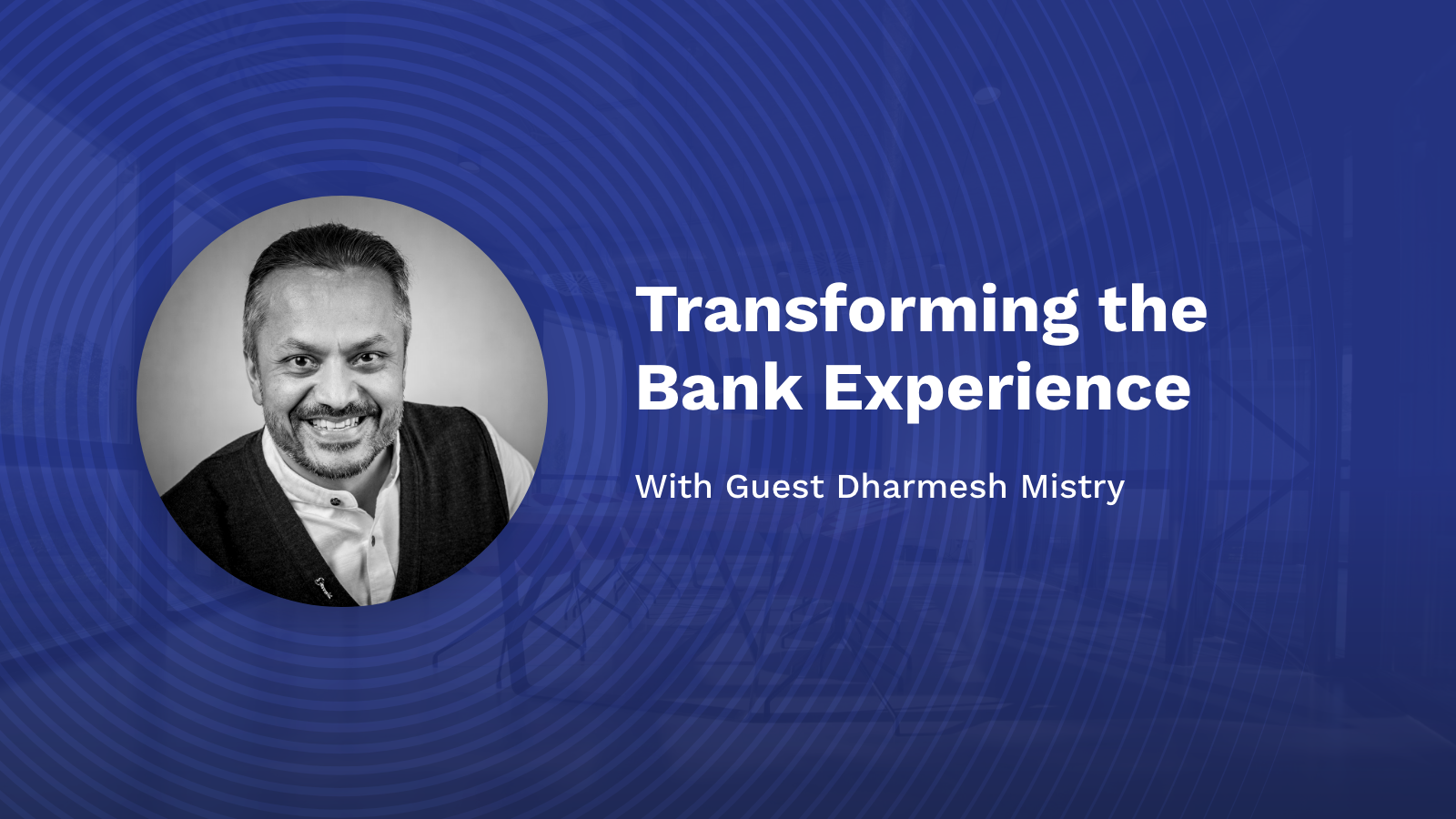 Never underestimate the simple changes that can absolutely transform an experience.

On the latest episode of the If I Ran the Bank podcast, we sat down with Dharmesh Mistry, CEO of AskHomey, to discuss how cloud technology is shifting the nature of core banking, the future of open banking, and understanding your customer base. With over 30 years of experience in the realm of technology, management, and financial services, Dharmesh Mistry carries a proven track record for delivering transformational innovation.

Don’t miss this episode with Dharmesh Mistry, listen below.

What's the largest segment we could think of other than an individual human being? Homeowners. Homeowners today have to manage all of their paperwork and their data. Some of it lives on spreadsheets, some of it lives on bits of paper; some of us are semi-organized and we have it on Google Drive, but most of it, the vast majority of it, are scattered in many places.

We have to also manage our finances, which is not just the bank account and the mortgage, but it's also the bills and the subscriptions. It's the cost of repairs, it's the cost of replacements, or any other projects that we have to do. Finance is more than just mortgaging the account.

I want reminders of the things that I should get done around the house. I want to have the ability to share information about repairs that I might want to do without having to make three different phone calls and tell three sets of people the same thing to get competitive quotes. All of this kind of stuff is the headache of a homeowner. And really what the platform does is to look at that journey as a homeowner in entirety and tries to fulfill it through an ecosystem of providers. That's really what AskHomey is; it's an experience driven bank for homeowners.

What needs to happen on the server side of this equation? What is missing in terms of tools or ideas?

Yeah, great question. My first two start-ups were both kind of aimed at enterprise software. But the name of the game very much was about accumulating some IP that you would sell on, but in a platform like AskHomey, really, it's not about IP at all. You actually want to produce the least code possible and bring in as much as possible, and that's exactly what we've done.

We don't need a physical premise and we're not building software. What we're doing is gluing software together. Everything that we've done is actually on the Amazon Stack. The support and the infrastructure that they provide as a one-stop shop gets you going very quickly. And one of the things I've seen is maturity in their platform at a pace that I haven't seen with the other vendors myself. But really, on the infrastructure side of things, we were able to do things much faster on real depth of capability and functionality without having to write lots of lines of code.

Our role is an orchestrator of these things and managing the roadmap and saying, "Ah, which of the components can we bring in to build a big piece of the jigsaw very quickly for us?" It's a different mentality to how I used to be when I worked for banks, where we built everything as much as we could do. And then if we really needed something that was infrastructure, we'd go to an IBM or Microsoft.

We went through a phase globally where banks were being told by consultants, "You need to be a technology company. Only the tech companies are going to survive in this game." That is rubbish as far as I can see. It's not about being a technology company. It's about understanding technology and how you can leverage it to solve customer problems in a smart way and implement it quickly.

Leave the technology to the technologists that focus 100% of their time on that, because as a bank, we should be serving customers and identifying what their needs are, translating them into technology solutions that we should be picking off the shelf, and orchestrating into an overall experience.

There's always going to be a certain amount of dependency on a vendor. Things have definitely become easier because when stuff moves into a more cloud native architecture, we're not worrying about what hardware it sits on or what language it's written in. All of those kinds of technical issues that we had in the past have gone away.

I don't care what platform it sits on, I just need to know what the interface is. Technology has come to a point where we're dealing with just interfaces that are internet enabled, so we don't worry about the underlying infrastructures. It makes a lot easier to move now.

The other thing that's starting to happen with things like open banking, and coming downstream for Europe, is open finance; not just account-based products, but things like pensions, mortgages, credit cards, investments, etc. The portability of data becomes much easier. That solves the other big problem about switching, which is, "Oh, one of my data lives here. I might be able to talk to something else, but then what about my data? Do I need to go through a big exercise to kind of transform it and understand how to map it in, etc."

Does the open banking infrastructure in the UK fundamentally change what AskHomey does versus what it would do if you had to launch in the US today and didn't have that access?

100%. I'm a big fan of what's happening with open banking and always have been.

It's taken not only time to get all the rails in place and the standards working, banks on board, etc, but it's taken cycles for banks to understand that open banking isn't a threat.

It's actually a huge opportunity.

Being there right at the beginning — I remember presenting in Australia to a credit union conference, and I talked about this open data. In Australia, the top four banks control everything. Well, it's not up to the banks. It's actually a governmental thing.

What's the one idea or action item you'd want to leave with the big stakeholders?

It goes back to the basics, which is really understanding and knowing your customer base, and knowing who's competing for that base. It's the fundamentals of business.

Fundamentally, you've got to know that you're solving an unfulfilled need and you address that unfulfilled need completely. Don't just take one part, which is the banking piece, but go end-to-end. That's good advice, not only for a bank, but also for a VC that's potentially investing in FinTechs that are leveraging modern technology.

All of the innovation is occurring and new things like gamification and AI, emotion detection, 5G and IoT are going to change the game. They're going to change it through the experience. The experience layer is the bit that's going to grow the most and that's a huge opportunity for software providers. What used to be one solution, now is two. Never underestimate the simple changes that can absolutely transform an experience.

How Open Banking Has Evolved For Commercial Clients

An Executive Insight with FISPAN’s CEO Clayton Weir as he shares the reasons behind why open...
Read More