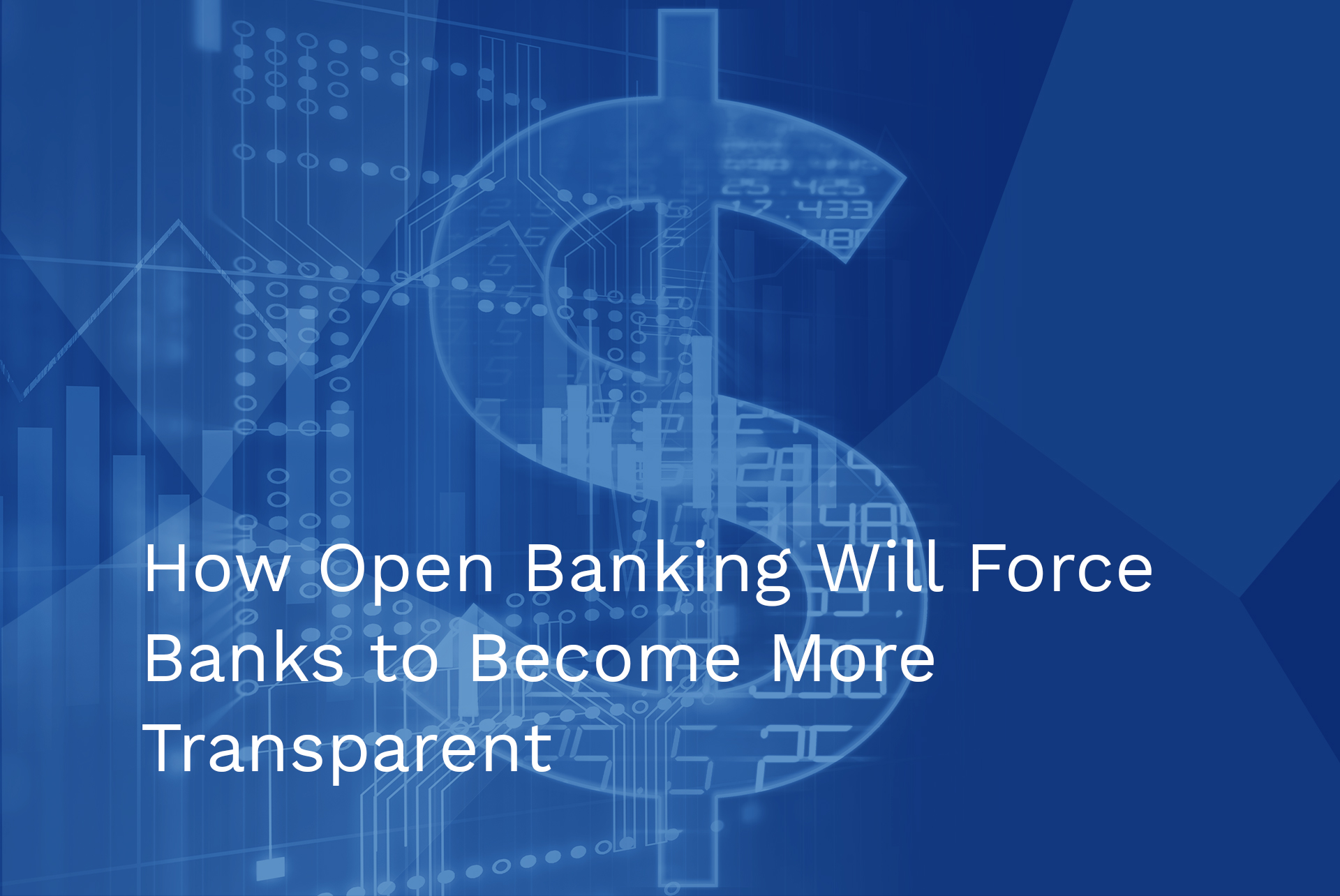 How Open Banking Will Force Banks to Become More Transparent

It won’t be long before financial institutions start sharing data – whether they’re ready or not.

As we’ve mentioned before, banks aren’t keen on sharing the many terabytes of data they collect on their customers with other banks or third-party financial technology companies. However, there will come a day when data sharing – also called data transparency, a concept we discuss in detail in a recent white paper – between banks and other firms is the norm. In fact, that day may be coming sooner than many people think.

Over the next few years, there’s a good chance that governments will force financial institutions to become more transparent with their data and share information of the client’s choosing with their peers. Why? Because of open banking. Open banking is the practice of sharing financial information with third-party fintechs and banks, typically through APIs. By having a freer flow of information between these parties, both banks and fintechs could develop new apps and services for their customers.

Naturally, a lot of traditional institutions are wary of open banking. They’re worried about what might happen to the data they share, and, more importantly, they're concerned about losing customers to a new startup. Yet, many governments are either forcing companies to become more transparent – the U.K., Australia and New Zealand have adopted open banking regulations – or they’re looking into it. Canada, for instance, began exploring the merits of open banking in January 2019, though nothing has come from that review yet.

The push from politicians to create a more open data sharing ecosystem is exciting – it means that data transparency will happen at some point. But banks shouldn’t wait for governments to force their hand. (Even in the places where open banking rules have been passed, adoption has been slow, but it’s ramping up.) There are a number of good reasons to adopt open banking, and in turn, data transparency, today. Here are three of the big ones.

Contrary to what people think, open banking will endear people to their bank. Yes, it will make it easier for customers to access fintech products or even open accounts with other financial institutions, but they’ll transact with others through their main bank’s platforms. Rather than getting frustrated with their bank’s limitations, customers will be grateful with how much easier it is to work with their institution.

“Customers will reward those banks that connect to their lives and life stages in personal and meaningful ways,” wrote Forrester Research in an article on open banking. “That widens the aperture for what banking can be in your customers’ lives and broadens both the competitive landscape and field of opportunities.”

Customer expectations have changed dramatically over the last few years. Thanks to companies like Uber, Airbnb and Amazon, people now want to do things more efficiently and intuitively. That goes for everything, including one’s finances. It’s data transparency and open banking that will bring that kind of on-demand approach to retail and business banking.

Once data sharing becomes the norm, a company could, for instance, work with a fintech to take out a loan that its bank doesn’t offer. At the same time, open banking will allow the banks themselves to better integrate fintech offerings that, say, improve insurance underwriting, payroll processing and more.

Ultimately, it’s all about adding value. “As new offerings start to influence customer expectations – and as customers start to understand and assess the value of their data – many banks will have little choice but to shift towards more open models (if only to reduce the friction between ecosystem partners) as they strive to offer better customer experiences,” wrote KPMG in a report.

Many banks haven’t yet gone through the digital transformation process seen in other industries. They’re still using clunky software that resides on company servers rather than in the cloud, they continue to carry out too many processes manually and it takes months for them to roll out new features to their clients. Open banking will force banks to seriously consider the future of business banking. They’ll either need to develop their own APIs that allow their systems to be hosted on the cloud, or they’ll have to work with fintechs that make this connection for them.

As institutions become more comfortable with open banking, they’ll start seeing the value of digitizing other aspects of their business. “If (open banking) is considered as an opportunity and not as a mandatory requirement, then it can truly support traditional banks’ transformation to digital banking,” wrote Mikko Päivinen, an enterprise architect for Noranda, in a recent report.

There are other benefits to data sharing and open banking, but financial companies need to act sooner rather than later to take advantage. Soon, data transparency will become the norm, but no one has to wait until that day to make a transformational difference in their customers’ lives.

How open banking will help push financial institutions toward the cloud

Banks may soon need to share information with other financial institutions. That will cause...
Read More

Too many financial institutions have been slow to embrace open banking. Here’s how to get on board...
Read More